Walailak University is now a truly world-class university as it has been ranked for first time by Times Higher Education (THE). 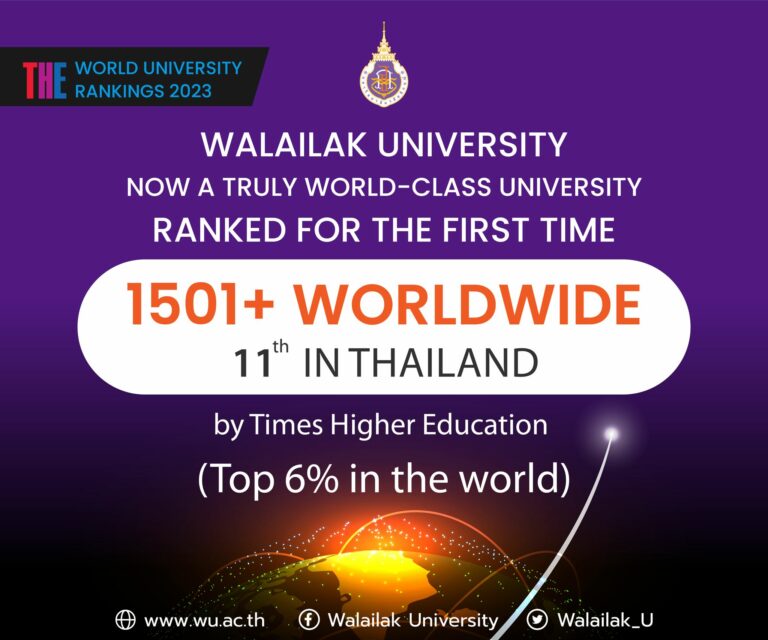